Charlotte Gastroenterology is a premiere sponsor of the Colon Cancer Coalition’s Get Your Rear in Gear event every year. This year, the event took place on Saturday, March 26th.

The Charlotte Gastro’s team page has raised over $7,000 to the Colon Cancer Coalition through this event.

At the event, Dr. Scott Brotze represented Charlotte Gastroenterology and spoke about the event and 5k in support of the Charlotte community and their patients.

CGH nominated Buddy Holson for the GYRIG Sue Falco Determination Award.  Named after the award, Sue had colon cancer and this award given out every year was named after her. After Sue was diagnosed, she arranged to bring GYRIG to Charlotte to bring colon cancer awareness and colon screening funding to our community.

Buddy Holson, Charlotte Gastro’s nominee, was diagnosed with metastatic colon cancer in 2018.  He is a 4-year survivor.  Buddy’s children were 4 years and 11 years old when he was diagnosed.  He had not scheduled a screening colonoscopy when he should have, and by the time he did, it was too late. Buddy already had colon cancer. Many of their physicians have participated in his care. Instead of lamenting in his diagnosis, he wanted to do more.  He realized the significance of letting the community know the importance of colon cancer screening. Buddy and his wife Christy have worked tirelessly educating the community.  He has appeared in community service television commercials with Charlotte Gastro and Dr. Mohanty to get this important message across.  He has participated in blogs and community groups. Buddy is determined in his fight and in his mission. Buddy exhibits the same stamina and fight not only for survival, but to enlighten others along the way to save them and their families from this destiny.  This was Sue Falco’s mission, and it is Buddy’s mission.

This year, Buddy Holson was presented with the Sue Falco Determination Award by Dr. Sanjib Mohanty.

Charlotte Gastro had over 60 people walk on their team and fundraised for patient support, screenings, education and research to advance the awareness of colon cancer. 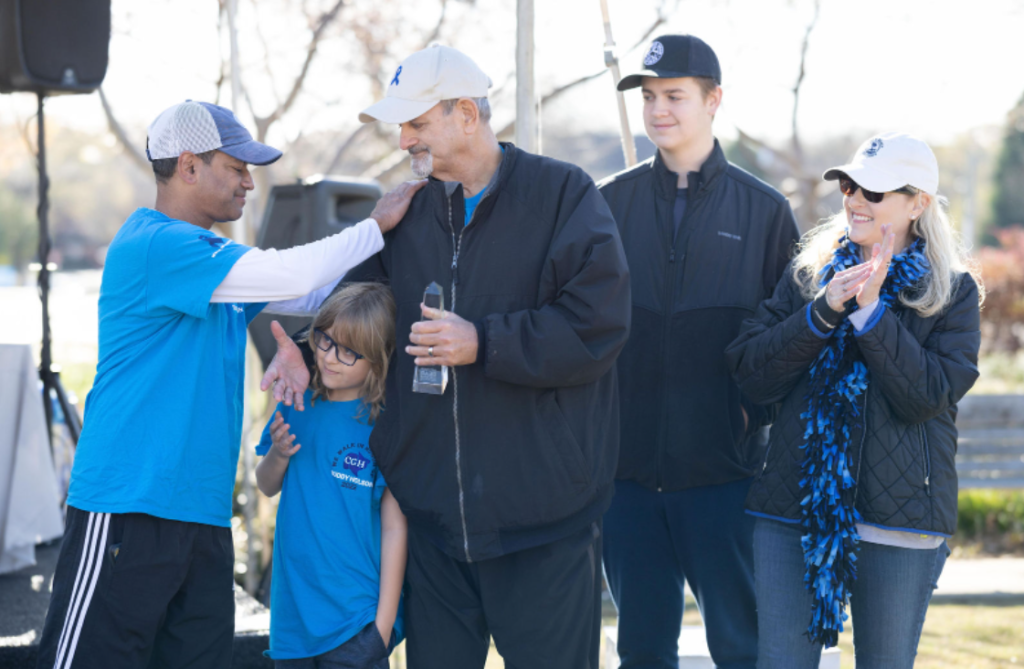